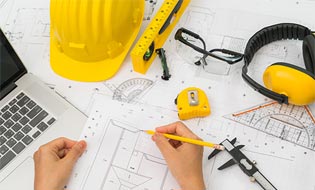 Wiznic World received signed contract from BPCL for LPG Plant Setup at Bolangir site, Odisha Bharat Petroleum Corporation Limited (BPCL) is a pioneer in Petroleum Industry and they are extending there LPG Plants to every nook and cranny in India. Wiznic World received the contract for one of the largest LPG Plant Construction at Bolangir in the state of Odisha. Wiznic World has been commissioned to provide project management consultancy services and to bring in innovative solutions.


We consider it as a great achievement to work alongside a mammoth firm like Bharat Petroleum Corporation Limited (BPCL). We staunchly believe it as a big leap for Wiznic World in Oil and Gas industry. The scope of the project is to construct 44 TMTPA LPG Bottling Plant at Bolangir within a period of 18 months and the budget for the project is 103.12Cr.


Since we have already involved in many similar projects, Wiznic World is self-assured to finish the project ahead of schedule and within budget. To give a strong boost to the growth of Wiznic World and to strengthen the presence of our position in Oil and Gas Industry, Wiznic World has appointed the best team of project management professionals to this particular project.

Your email address will not be published. Required fields are marked*

Get a Live FREE Demo